Early in 2014, I heard Pat Flynn talk about the power of pre validation, I immediately set out to test the waters in this space before before investing the time and energy into a product that would may or may not be successful.

1. Send out a tweet to my 7­.8k followers at the time of the initial idea stating in 140 characters my intentions to build a video analysis tool that worked inside the browser and over google drive.

2. Immediate retweets and thoughts, ideas and opinions made this seem like something worth pursuing for further validation. I didn’t consider this validated but it proved it needed follow up

3. I began work instantly on sketching out how this would work; Pen/Paper and a few iPad apps as references I hand drew 3 of the major screens. I could have also used Invision App which is a powerful mockup and prototyping tool.

4. Visited www.fiverr.com and purchased a cheap but decent WEB UI designer and sent him the following message with my drawings. I repeated this process 3 times with the same designer 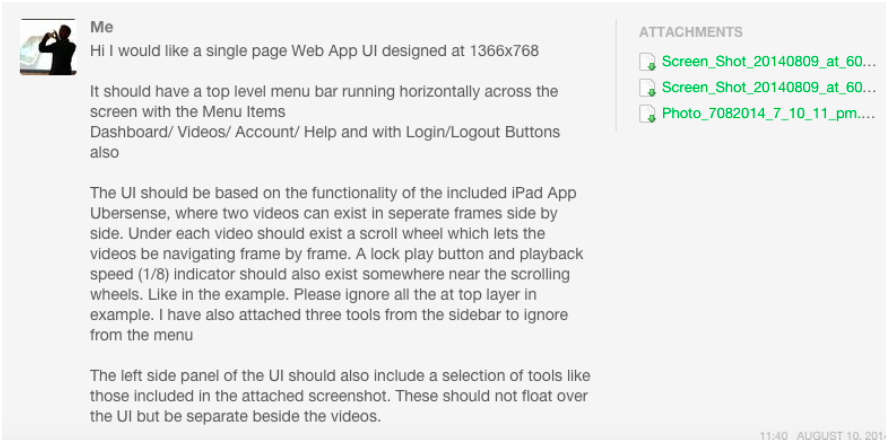 5. Upon receiving the 3x screen mockups; I visited the website Place It to produce some realistic mock ups of the app in use like the one below. The UI designed was not perfect, but helped convey the direction & use cases. 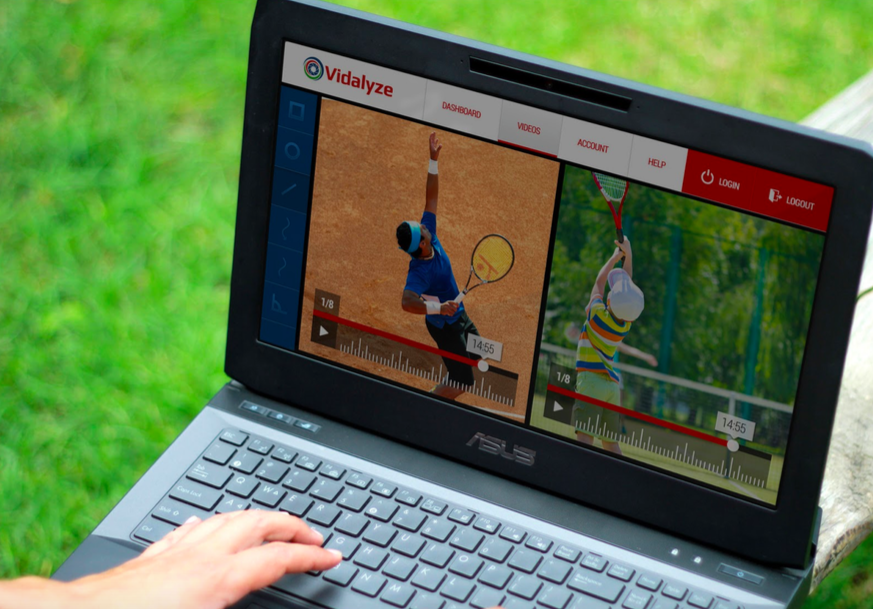 6. I then tweeted and sent out the mockups to my social networks and channeled anyone interested into a email list setup with mailchimp; this grew to between 50­70 people.

7. At this point I spoke with my developer, who said it would cost around 10­15k at rough estimation. With this in mind I didn’t want to self fund this to find it wasn’t going to be worth the time/money, so I thought about a crowd fund/pre sell model

8. After deciding against the traditional crowd funding tools; I decided to purchase the following crowdfunding wordpress theme I set this up as subdomain installation at www.thepegeek.com/project

9. I used the theme to make a beautiful landing page with the mockup images, and a screen recording video I made talking through the screenshots showcasing how it was going to work. I actually hired a developer on Fiverr to setup the theme and make my customisations

10. After the landing page was setup; I decided on the list of inclusions that would make the pre­purchase too good to miss. It comprised of 3 levels with $250 resulting in unlimited use of Vidalyze for unlimited students forever. After launch it would be $1 per student per year. I added scarcity to the mix, saying it was limited amount of places and that pre sales would only be until September 30th. This was all true by the way. The theme was also setup to add all new purchasers to a mailchimp list. This would be important later

11. Tweeted the link to the page and within 10 minutes I had sold 1k worth of Vidalyze, before It had even been more than a mockup.

12. This blew me away and I immediately directed funds to the graphic designer I use for projects to come up with a professional icon,branding and UI I then modified the landing page to suit the actual mockups of the app and recorded a new video

13. Once the updated landing page was up, I emailed my 500 PE Geek Members, who have already bought from me in the past. Offered them the chance to influence the development of the product; 3 ­ 5k+ was raised from this email.

14. As people made purchases they were transferred to the mailchimp list where the first thing they received was an a welcome email, setup as an automation sequence. The email asked them to explain why they had purchased and what they hoped it did for the school. As the product was only in early pre­development, these features actually ended up in the product, ultimately making the product better.

14. Money kept rolling in and by the end of two weeks we had reached 10k in pre­sales from all of my lists and social media. This involved me emailing the following email to my list of around 2.5k people who register inside of my mobile apps for information about apps. The email was filled with the actual user interface that had been designed by the actual UI designer I was using. It also included mockups of the web app in use. Using stock imagery I downloaded from Depositphotos and the mockups from Placeit

15. At this stage money was being directed to the developer to get coding; I sent out the same email as that above to my other lists with modified copy to suit my main mailing list; I also made a copy of the email as a re­worked blog post

16. Each week I recorded a new video, and made a blog post that went live to the landing page and the mailchimp list of purchasers; I also tweeted these links flowing in more and more sales;

17 We made it as easy as possible for people to purchase either online or via offline invoices from Quickbooks Online. About half elected for invoices, which i had no issue with providing. Frictionless sales was key.

18. At this stage some of the world leading schools were booking their spots with the pre­sale and I had a quick graphic made on fiverr for social proof. The email focused heavily on the input feature of the pre­sale.

22. http://vidalyze.com/ is now a major success; earning around 1k a week with almost zero work once they become a user. As mentioned the next step is to ramp up promotion with trail access fueled by www.getdrip.com

Best part of this model, is that I feel its 100% repeatable in any market. So I’m doing it all again to raise funds for another product I’m building. I’m also confident that you can too;